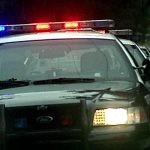 “Too much money? There’s no such thing! It’s like a girl too pretty, with too much class, being too lucky, a car too fast.”

Daryle Singletary’s 1985 country hit lamented the fact that having 14 people in the back of a pick-up truck drew the attention of local law enforcement. Having been warned twice before, an officer issued the honkey tonker a violation for his third offense. The simple infraction shared the song’s title: “Too Much Fun.”

Daryle proceeded to melodically dismiss the prospect of having too much fun. He suggested the use of superlatives with respect to pretty girls, fast cars and, for our purposes, abundant savings, to be utterly preposterous.

But apparently the global monetary authorities suggest that investors – much like a pick-up truck crammed full of good ol’ boys – can also get carried away.

It was on a much more serious stage in mid-May that Christine Lagarde, Managing Director of the International Monetary Fund asked Federal Reserve Chairman Janet Yellen the question on the mind of every investor even moderately cognizant of current conditions. To paraphrase, are “very, very low interest rates – zero interest on occasions” causing distortion of stock prices?¹

Yellen’s response? “I would highlight that equity market valuations at this point generally are quite high.”²

C’mon, Janet! Say it isn’t so. The stock market is quite high? Are you saying the party is over?

“Not so high,” she promptly excused “when you compare returns on equity to returns on safe assets like bonds, which are also very low…” before she injected an important qualifier: “but there are potential dangers out there.”2

Puerto Rican bondholders may ask for further clarification on the word “safe,” but Yellen’s point is well taken nonetheless. She and former Chairman Ben Bernanke combined to ensure investors couldn’t earn much of a return on traditionally safe assets. Investors have responded by seeking higher returns in ever-riskier asset classes. Has Yellen now deemed those assets overbought and thus overpriced?

Like the officer who stopped the pick-up load of kids enjoying their summer, Yellen merely issues a warning. Certainly she has more biting words at her disposal if she wanted to communicate greater concern and incite immediate selling pressure.

Regular readers of this blog know we take no exception to Yellen’s words of caution and instead conclude by capitalizing on an opportunity to draw a parallel between the Chair’s comments and our most recent refrain.

First, there is no calling the top. Former Federal Reserve Chairman Alan Greenspan’s now prophetic suggestion of “irrational exuberance” by investors circa 1996 was followed first by a 3+ year stock market rally in which the value of the S&P 500 index more than doubled in value and then a spectacular crash. Even if there is widespread agreement that stocks are overvalued today, there is no reliable metric for determining how much more overvalued they may become in the future.

Second, while comments by either Fed Chairs were not a reliable harbinger of immediate trouble ahead, the prudent investor we serve simply cannot be dismissive of Janet Yellen’s cautious tone. The Federal Reserve has been instrumental in employing increasingly creative monetary policy to orchestrate a global asset rally now in its seventh year. The Chair’s comments should therefore remind investors to reevaluate their risk profile, this time in light of the increasing prospect that the Fed will be less accommodative in further elevating stock prices going forward.