“Too Loose, Too Long” 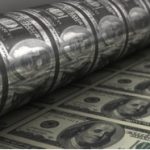 “I have grown increasingly concerned about the risks posed by the current monetary policy.”¹ – The single-sentence, opening paragraph of Dallas Federal Reserve governor Richard Fisher’s Op-Ed to the Wall Street Journal, June 27th, 2014.

“We are at risk of doing what the Fed has done too often” he explained, “overstaying our welcome by staying too loose, too long.”

Third grade teacher Mr. Johann would advocate a simple sentence diagram to ensure clear understanding. We identify “loose” as a particularly mild adjective for the Fed’s aggressive response to the 2007-09 financial crisis. After the Fed’s traditional tools for prodding the economy were exhausted they turned to progressively creative and increasingly bold measures in their search for a panacea. “Too loose” simply suggests that Fed governor Richard Fischer finds the response to be excessively accommodating.

“Too long” also reveals Mr. Fisher’s opinion; one that he duly notes is “increasingly at odds with some of my respected colleagues at the policy table of the Federal Reserve.”

To be fair to the respected colleagues Mr. Fisher mentions, the Fed has a dual mandate to balance low unemployment and low inflation. Recent employment figures suggest improvement but there is work left to do. At the same time, low inflation readings give the Fed cover to continue stoking the fire.

So what is the harm of continuing to employ a policy of exceptionally low interest rates? Colleague Richard Plosser of the Philadelphia Fed admits he isn’t quite sure. “I am very worried about the potential for unintended consequences of all this action. And it’s very difficult for us to know because we’ve never done this before.”²

Fischer is more specific: “With low interest rates and abundant availability of credit… the bond markets and other trading markets have spawned an abundance of speculative activity.”

Is it fair to paraphrase by suggesting that a zero interest rate policy has caused once rational investors to abandon their good sense, quit doing their homework and throw caution to the wind? We find the answer is increasingly clear.

At the dawn of the seventh year of central bank experimentation interest rates have turned negative in some parts of the world and stock prices are sky high. Put simply, investors are increasingly making the shift towards the most attractive potential returns, risk be damned.

Investor John Hussman is particularly candid in his assessment of investing during market extremes. “The problem with bubbles is that they force one to decide whether to look like an idiot before the peak, or an idiot after the peak.”

By definition, the prudent investor we serve must elect the former, forgoing the potential of returns worthy of cocktail party boasting in favor of a more conservative approach. The immediate consequence of such a position is clear: the increasingly uncomfortable acceptance of more subdued returns in the event the bull market rages on. For those who would prefer to have their cake and eat it too, Hussman reminds investors “there’s no calling the top,” before asserting that “most of the signals that have been most historically useful for that purpose have been blazing red since late-2011.”

Successful prudent investors must also seek to maintain emotional balance, soberly recognizing that Nostradamus passed in 1566. Therefore neither recent market volatility nor the dawn of 2015 should invite knee-jerk reactions or seismic changes in asset allocation. Instead at this time the prudent investor – ever mindful of both risk and the inability to call the top – calmly recognizes the frothiness of global markets and takes this opportunity to put some profit in his pocket.